Jonah Hill’s recent documentary film Stutz is a far cry from the comic roles of 21 Jump Street and Superbad which he is so often associated with and are sedimented into pop culture. On the surface Stutz is an unlikely role reversal in which Hill interviews his own psychiatrist, Phil Stutz. However, the film proves to be just as revealing about Hill himself as we gain an insight into the person behind the persona. The movie relies on simple diagrams to represent the visualisation tools Stutz teaches during his sessions and to structure the pair’s candid conversations. The mostly black and white film gestures towards a timelessness in regards to the topics that are discussed and serves to foreground their conversations about mental health, vulnerability and wasted time. The documentary premiered on Netflix on 14th November, which is fitting given the famous Movember project: over the course of November, men around the world fundraise by growing moustaches to shine a spotlight on men’s health issues. Aware of his privileged position, Hill’s film provides valuable tools for viewers who otherwise may not have  access to mental health support. Through the film’s development, Hill and Stutz unveil the tragedy of wasted time that can result from becoming stuck inside the limiting beliefs of our own minds.

‘the writing is like a mirror, it reflects what is going on in your unconscious’

Experienced psychiatrist and co-author of bestselling book The Tools, Phil Stutz’s approach to his patients is unconventional. The relationship between Hill and Stutz is unexpectedly loving and comedic, both share a self-aware tendency towards humour in moments of uncomfortable vulnerability which allows them to connect on a human level. Despite Stutz’s relaxed manner and nonchalant use of profanities, his understanding of people and his belief in the tools and principles he has formulated is undoubted. The professionalism of Stutz’s approach may be questioned by therapists and psychiatrists within his own field; in the early years of his career, Stutz recounts being shut down by his supervisor after questioning the traditional, passive approach to patients. However, for Phil Stutz pushing these boundaries is necessary in order to provide his patients with tangible results and the sense that they can change their lives. Hill meditates on this irony of advice, observing that you pay your therapist to listen and ‘your friends, who are idiots, give you advice, unsolicited’. However, conversely ‘you want your friends just to listen and you want your therapist to give you advice’. Stutz considers this dilemma and consequently suggests that at times he feels more akin to a teacher than a traditional psychiatrist. Central to his research emerges the concept of a Life Force. Stutz suggests that reflecting and working on your Life Force is an imperative starting point for anyone struggling internally. This refers to the relationship you have with your physical body, with other people and most importantly with yourself. One practical tip he proposes is practising the habit of writing. He states, ‘the writing is like a mirror, it reflects what is going on in your unconscious’ thus making you more connected with yourself.  Throughout the documentary the topic of mental health is handled in a way which is not imposing but helpful, not patronising but practical. 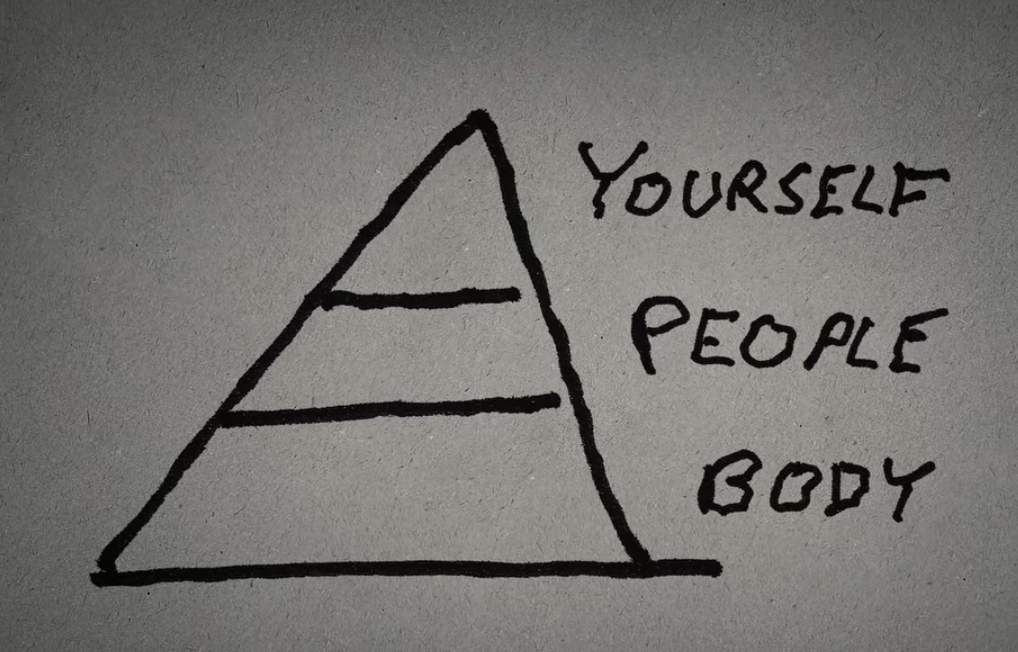 The theme of honesty runs parallel to the film. Hill initially struggles with this concept as he directs questions towards Stutz whilst deflecting those asked of him. His initial refusal to talk about the death of his own brother foreshadows Hill’s eventual surrender to vulnerability later in the documentary. Less than half way through the film the question of vulnerability arises as Hill, after using one of Stutz’s tools, reveals significant moments of inauthenticity in regards to the film’s creation. Hill discloses his internal conflict, rhetorically questioning whether it was a ‘terrible idea for a patient to make a movie about his therapist’? This conveys how deeply aware he is of the controversial shift in power dynamic between the pair. However, as their conversation develops over the following hour, the scales of power balance out as both men let go of their invisible defences.

Hill’s confession that he has been lying to Stutz about the development of the film is physically unveiled through the sudden submersion of the documentary into colour from its previous black and white shade. Stutz’s office is exposed as a filming set with a green screen and Hill removes his wig, revealing to the viewer that this supposed single therapy session has actually been going on for two years. This shattering of the fourth wall serves to point to the inauthenticity of filmmaking and to physically represent Hill’s mask in his recent therapy sessions. Consequently, the viewer actually feels closer to Hill, whom as a Hollywood celebrity, we are inclined to judge, consciously or otherwise. As Stutz astutely recognises and seems to have quietly understood all along, ‘the driving force in this whole thing to me is [Jonah’s] vulnerability’. This acts as a turning point in the trajectory of the film as the pair continue to speak more candidly with one another. Given the global scale to which people are affected by mental health struggles, especially men, this conversation is all the more important. As Our World in Data records, ‘globally, the suicide rate for men is twice as high as for women’. Whilst in recent years the topic of mental illness has been increasingly discussed in mainstream media and with friends and family, its debilitating effects persist. Hill acknowledges his extremely privileged position in being able to access such sought after therapy and cites this as his motive behind creating the film. Whilst talking about mental illness is imperative to removing its stigma, it is not a cure. The film succeeds in reducing the distance between patient and therapist and viewer and actor.

‘Parkinson’s has made me aware of time’

Throughout the documentary, the fear of fleeting time ticks along in the background. From the outset the importance of the film’s release is heightened as the dialogue and music is interrupted by Stutz’s alarm: a reminder to take his Parkinson’s medication. His Parkinson’s diagnosis forms an underlying sense of urgency in regards to Hill wanting to complete the film and share Stutz’s wisdom. As the psychiatrist so beautifully observes, ‘Parkinson’s has made me aware of time’ increasing his ‘sense of mission’. Additionally, both men are acutely attuned to their own mortality as they share the grief of having lost their brothers. This emphasis on the transitory nature of life highlights the importance of Stutz’s advice about achieving fulfilment within ourselves. Two of the key concepts that the psychiatrist introduces are Part X and The Maze; metaphors for the pieces of ourselves that try to keep us stagnant and stuck. Stutz defines the ominous Part X as ‘the voice of impossibility’; its aim is to dissuade and criticise us. As Hill reframes, it is the villain in our story which is imperative for us to face so we can grow. Whilst on the surface the breakdown of this concept may appear inconsequential, many viewers will feel less isolated upon understanding that we all hear a critical and negative voice in our minds. Stutz foregrounds the importance of noticing when the voice of Part X is appearing so as not to let it define us and instead to meet ourselves with Radical Acceptance and The Grateful Flow. Stutz describes a valuable visualisation technique in which you close your eyes and repeat what you are grateful for until the feeling of gratitude sinks in, this tangibly changes your mood and prevents you from arguing with negative internal thoughts.

‘take action no matter how frightened you are’

Vulnerable about his own mother’s internal battles, Stutz introduces the risk of getting lost in The Maze. He describes this concept as an overwhelming cycle of self-pity which manifests itself in an unrelenting desire for justice: a ‘product of Part X’. Stutz explains how this stubborn need to achieve fairness in response to feeling that we have been wronged in life leaves us static in time and lost in the past. He warns ‘your quest for fairness puts your life on hold’. Stutz discloses that his own mother remained trapped in this interior struggle for forty years due to her abusive father. Consequently she was relentlessly critical of men which had a damaging impact on Stutz’s relationship with women. To combat this perpetuating cycle, Stutz describes the visualisation technique of ‘Active Love’, which involves visualising yourself sending an abundance of love to the person you feel has betrayed you. This allows you to feel whole and move on, as Stutz cautions Hill, ‘you can’t get those days, hours back’ which you lose to The Maze. 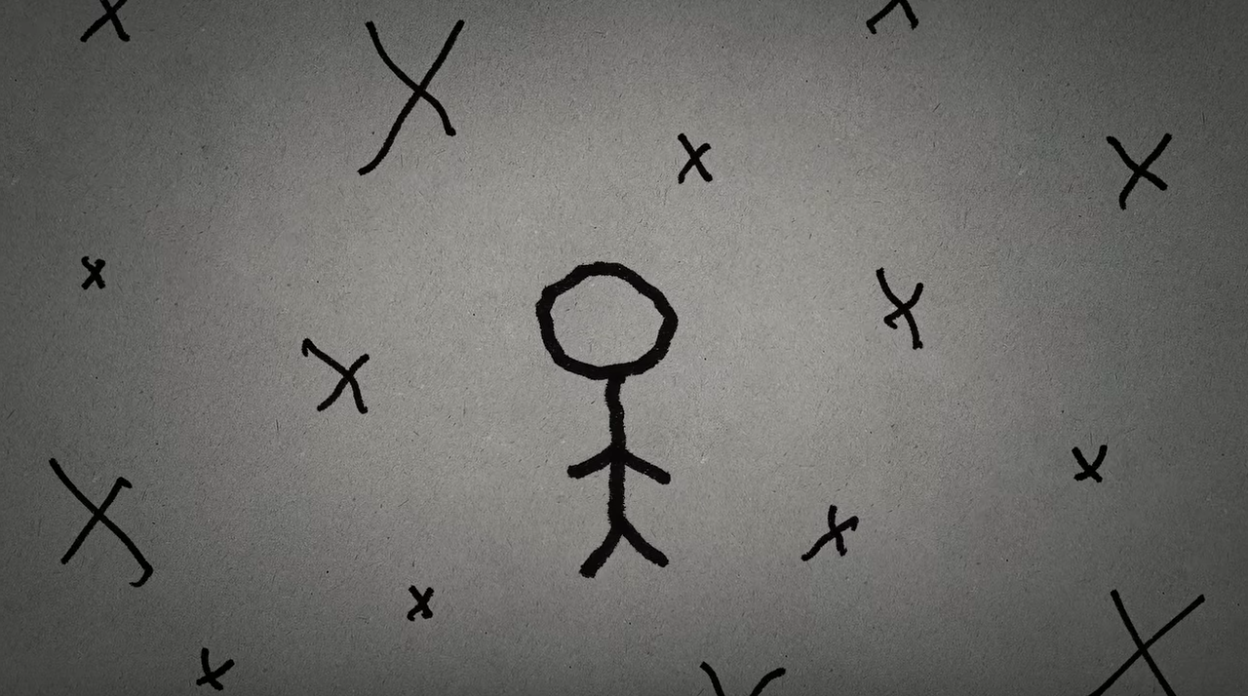 Hill’s documentary film is a moving reminder about the tragedy of lost time. At the heart of Stutz’s advice is the need to ‘take action no matter how frightened you are’ and to continuously move forward no matter how small the steps. Through sharing his tools and research, Stutz is assuring Hill and the viewer that they are not alone. Stutz’s proactive approach to therapy and emphasis on taking action, leads the viewer to feel a sense of autonomy over their own life. This film is not trying to act as a solution or cure to all mental health struggles, but the courageous vulnerability of both Stutz and Hill allows the viewer to feel less intimidated by therapy. Stutz does not shy away from the inevitable hardships of life; he illuminates that the certainty of uncertainty is very freeing and a necessary truth that we must accept if we want to move forward. The fundamental message of the film is that life is brief and understanding ourselves better will allow us to spend our time and attention on what really matters. In a recent statement to Deadline, Hill explained why he will not be promoting his new work, claiming that through creating Stutz he realised he has ‘spent nearly 20 years experiencing anxiety attacks’. Therefore stating, I ‘would not be acting true to myself or the film’ if I were to make myself more unwell by promoting it.

Ritchie, Hannah and others, “Suicide”, Our World in Data, 2015, https://ourworldindata.org/suicide.

Fleming, Mike Jr. “Jonah Hill To Launch Docu ‘Stutz’ At Fall Festivals; Due to Anxiety Attacks, He Will Take A Break From Promoting His Films.” Deadline, August 17 2022.