A by now infamous quote. Many women whom I know seem to come to a certain realisation once they read it. As a woman, you never escape the male gaze. No matter how hard I try to deny it, if I do something, no matter the impact, how funny it is; how difficult; how challenging; if I’m not looking my best it doesn’t matter. If my appearance isn’t in line with society’s gaze, my actions or words are not significant. Personally, as an able-bodied cisgender white woman I often times feel as if I can not live up to the fantasy of ‘woman’, even though it favours and is easiest to attain by a person that looks similar to me in appearnace. Wondering whether I’m behaving or looking ‘feminine’ enough (what does that ‘feminine’ even entail), or if I’m being too vocal, not funny enough, too leftist. In a world that is so focused on being the perfect individual, what if you cannot be the object of desire in a society that values you based on your outward appearance? All women struggle under the same institution that is called the patriarchy. Whether that is in Asia, Europe, America or another continent. Most, if not all, societies are dominated by the male gaze which renders women to be evaluated for their appearance. Is there even hope that we will ever escape it?

I hope I’m not the only one that will have to admit that I feel ‘lesser than’ when I’m not looking my best. It’s a nagging feeling in the back of your mind, one that you’re always aware of, even if it’s unconsciously. I am perfectly happy with the way I look when I’m not wearing any make-up even when I leave the house.With my skin looking textured and inflamed, its tone dull and pale, my hair greasy and frizzy, my nails uneven and not perfectly laqued. I will strut my way to the supermarket acting as if I am the most confident unbothered woman in the neighbourhood. Unfortunately, this little theatre show in itself is nothing but a facade that easily reveals the insecurities that are a result of always trying to maintain a perfect picture for spectators and passers-by. And being aware of that is what makes it such a vicious cycle. I will have to admit that there are days when putting on a show is more difficult and I retreat more to the background as I try to attract less attention and hope to be less of an object of focus.

Vanity is a sin. Or at least that’s what the bible says. But over the course of history, women have constantly been evaluated based on their appearances. In a society that still judges people on their appearances and is more benevolent and hospitable to conventionally attractive people, how are we expected not to be vain?

I would like to take a quick look into thirst traps and their raging popularity on TikTok. From self-insert scenarios that are badly acted out, to fancams of widely raved about pop stars and athletes, to people making a vase with a minimal amount of clothing on. Thirst traps have been created to gain popularity and receive or create validation solely based on someone’s appearance. Usually, the videos of ‘conventionally attractive’ people get picked up more: they receive more views and likes, the algorithm favours those videos more, and thus they gain a bigger following. Less conventionally attractive people that attempt the same thirst traps are raved about way less, and given the opportunity, mocked even.

I enjoy seeing adequately-timed and filtered edits of my favourite celebrities. I’ve written on ‘stan-/fanculture’ before so I am not one to complain when a video shows up on my FYP and has me totally gobsmacked at someone’s attractiveness (a little side note is that despite a generalised societal gaze, I find it exhilarating that people can still have a different perception of beauty). On top of that ‘regular’ people can also gain a following through thirst traps. Maybe the words ‘six feet tall and super strong’ will make you recall several different edits and videos right now. However, I think it’s worth re-evaluating the ethics behind thirst traps, as they are essentially a massive mold for trying to fit into ‘the male gaze’. Aside from perpetrators, men can be victims of the male gaze as well which becomes painstakingly clear in many of these trends. Hence why, especially on an app with as specific an algorithm and as big of an impact on pop culture as TikTok it can be dangerous to perpetuate and encourage trends that base validation on outward appearances.

Thirst traps are in their essence meant to appeal to a voyeur. To receive validation from others based on your appearance. Since thirst traps are often met with loads of praise and popularity, and the app is majorly influential among a younger audience, they pose a risk in perpetuating and even complicating already existing beauty standards. 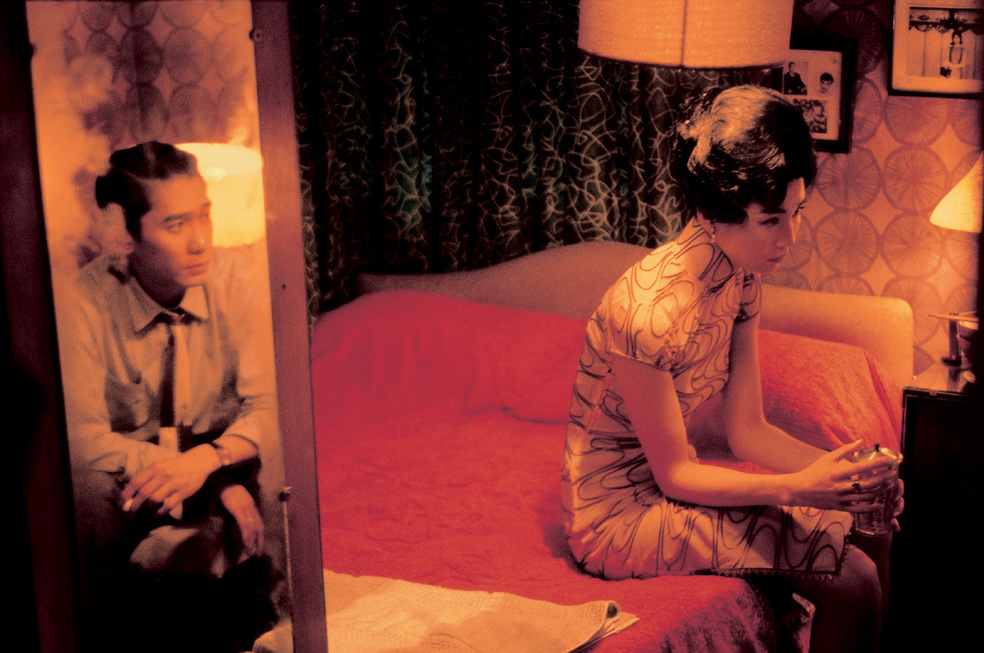 ‘My monolithic expectation of what a woman’s body was supposed to look like had no bearing on what actually happened to my body. The two things were wholly unrelated. I never became the woman I imagined. […] I guess I could say that I expected my body would have some sort of value.’

I recently read Breasts and Eggs (2019) by Mieko Kawakami and found a lot of recognition in Midoriko’s description of her experience of becoming a young woman. Midoriko struggles with the implications that are attached to being a woman. You ought to want children, you ought to look a certain way, you ought to behave a certain way, you ought to get married. There are implied rules to being a woman in every society. Midoriko describes that she feels trapped in her body, thus designating societies’ monolithic idea of the female experience as too restricting and limiting. Since these expectations are ingrained in our minds and souls from a young age, and as a woman you are always supposed to adapt to make others around you comfortable.

Say you are able to keep up with the ‘male gaze’, then how come the men never remain interested if you are able to keep up with it? What if you live by the male gaze and remain undesired? Since women have been evaluated based on their appearances since the dawn of time, it has been ingrained in the female experience to als want to present yourself at your best. Even if you’re at home by yourself, keeping perfect posture and pouting your lips just enough is hard to shake. We are aware of the fact that at any given moment someone might see us and judge us and think less of us if they catch us slipping up. Simultaneously, every moment is, therefore, also an opportunity to impress people. Men, however, can sometimes be painfully unaware of how they come across. It can be extremely discouraging to have a conversation with a man and not maintain his attention. In that case, as a woman it would be an indication of having failed at the one thing society expects of you: being pretty. For when a man is kind to you it’s a reflection of your own beauty. Hence, what if the males aren’t gazing?

As a defense mechanism many women throughout history, but especially the ones in our current day and age seem to have tried to adapt themselves into being more like men. Standing still in stoic masculine energy that you feel you had to adjust to because otherwise you wouldn’t be taken seriously. Restricting our emotions around men, diminishing traumatic experiences, praising ourselves for not being ‘girly’ even. Hence tropes such as ‘not like other girls’ in fiction and adapted into real life. However, this is still an indication of adapting to the male gaze because it is done to be more respected and well liked by men and our patriarchal societies. To be taken seriously and valued beyond our appearances. How is it that we will never appeal to the male gaze and never be perfect and still try to live up to these unrealistic expectations and limit ourselves to these molds?

A different counter movement would be bimbofication. In the article a ‘bimbo’ is defined as follows:

‘The bxmbo has no gender, no class, no race or ability. The only requirement for bxmbofication is that you embrace and reclaim your body in the name of independence […] All that matters is that you are both physically and mentally hot and sexy, on your own terms.’

Its positivity and idea of inclusiveness is inspiring and encouraging. Achievable by all? Yes. It is great to see women be self-aware ‘bimbo’s’ because the patriarchy never expected anything different from them to begin with. This way you can still appeal to the male gaze but in a satirical way. Reap the benefits and in your own way adapt to the negative feats. However, ‘self-actualisation’ remains an idea and not so much an actual state of being. By opposing one thing it becomes relational, and thus it couldn’t exist on its own. In the end, even these counter movements can’t win from the patriarchy.

Final note: Greater nuance is needed and I do apologise for speaking in such binary terms. As this article started as an analysis of what I personally notice on a daily basis, I wrote it from my own point of view from which many blind spots can be detected. I do not claim to experience or struggle with the male gaze in the same way as other (trans-)women (of colour) of different social classes.