Unlike music gatekeepers, I don’t believe TikTok has “ruined” any songs for me. A very important exception is Portishead’s Glory Box though. I am not going to pretend I have known that song for a really long time; the first time I heard it was on an American Horror Story episode (yes, I am not a 90s music connoisseur, boo me). When I heard it back then, it gave me femme fatale vibes because of the way it was used on that episode. Now? My perception of that song has entirely changed. Whenever I hear it I can only think of the one and only, the male gaze. It all dates back to July. Videos of women acting as if they were filmed by the male gaze started flooding my TikTok feed. Glory Box was the perfect match for the trend. Its sensual melody plus the line “I’ve been a temptress for too long” make it seem as exactly the type of song men would use as a soundtrack in a cliché over-sexualized scene.

Interestingly, people tried to play with the trend and even reverse it by filming videos directed with a “female gaze”. I remember this specific video of a woman eating strawberries, but in her attempt to appear sexy, she almost choked and started laughing. Sadly, these “written by a woman” videos were much rarer and got overshadowed by videos that used the term “female gaze” to talk about celebrities who are quote, unquote written by women.

I’ll discuss the nonsense of the celebrity trend eventually, but first, I want to talk about how filming with a so-called “female gaze” is not only rare on TikTok but also in the film industry. Obviously, an important reason behind this is the lack of female directors in the industry. However, maybe a more important one is that the “female gaze” is so hard to conceptualize that it can be very difficult to put it into practice. So, how can we define the “female gaze”? Theoretically speaking, the “female gaze” is a tool female directors have chosen to use in order to respond to the male gaze. For instance, one of the most common things the male gaze does is sexualize every ridiculous action a woman does, as for example, eating strawberries (yes, I am thinking of Serena Van der Woodsen in gossip girl) . A “female gaze” then, as a response, would show how many mundane situations that men have oversexualized can be seen in a different light. Take nudity as the most obvious example. Men portray female nudity as if it is always supposed to be-looked-at. A woman can only be naked so that other people can watch her. A “female gaze” would depict nudity differently. Celine Schemma’s portrayal of nudity in Portrait of a Lady on Fire (right below) perfectly illustrates this. The subject is not sexualized. She’s not posing in a position that would be more flattering for her figure. The camera is distant. A male gaze would have directed this exact scene by making her pose in a way no real woman poses when alone and in close-up shots that would almost dismember her body.

Portrait of a Lady on Fire is a feminist film, and not only because of its spins on the male gaze. Content wise, this movie illustrates perfectly how the gaze functions and why it is so pernicious for women.

The movie follows the story of Marianne, a painter, who is commissioned to paint a wedding portrait of an upper-class woman, Héloïse, without the latter knowing. During this process, they become closer and eventually fall in love. I am trying not to spoil much of the movie, but I want to shed a light on the art production process that is highlighted in the story. During what could still be considered the beginning of the movie, Héloïse realizes Marianne is secretly painting her and criticizes her “objectifying” techniques.

Following Héloïse’s critique, Marianne and Héloïse decide to collaborate in order to create the portrait. Their collaboration demonstrates that the muse (the gazed subject) has an equally important role as the painter (the gazer) in the art production process. For instance, when Héloïse is posing, Marianne apologizes and says that she would hate being in Héloïse’s position. However, Héloïse replies:

Héloïse suggests that the othered subject has always had power, it has always looked back, it is the gazer who has not been able to admit it, and therefore it has been incapable of portraying this reality. Because Marianne and Héloïse truly see each other, an accurate portrayal of the latter is brought to life.

The first portrait vs. The second one

Comparing the two portraits, we can notice that the first one shows Héloïse as a muse, simply smiling with a quite shallow and delicate look in her eyes, whereas the latter, shows a fierce woman who is looking back at us, almost instructing us on how to look at her. Agnès Varda, one of the most prominent founders of the French new wave, claims that “the first feminist gesture is to say: Ok. They’re looking at me. But I am looking at them, the act of deciding to look, of deciding that the world is not defined by how people see me, but by how I see them”. Héloïse’s look embodies Agnès Varda’s statement.

Héloïse is definitely disrupting the male gaze by looking back. However, I am hesitant to say that she is crafting a female gaze because the term gaze implies power, and this is precisely what Héloïse is opposing herself to. The relationship she desires with Marianne is one of equals even if she cannot have it because of their socio-economical differences. The French theorist, Michel Foucault, explained the gaze in a medical context. When doctors examine patients, they are assuming a position of power because they decide how to look, choosing what information is relevant and what isn’t. In other words, they are putting patients in a box, a medical box in this example. Therefore, as Jean-Paul Sartre argued, being under a gaze is being fixed and constricted. This can be seen with more clarity in other types of gazes. Take Frantz Fanon’s white gaze as an example, it fixes blackness and whiteness; or the oriental gaze which “others” non-white cultures by portraying them as exotic, sensual, and primitive, when in fact, as Edward Said argues, it is just projecting all the repressed features of western civilization. The problem with fixating is that it creates a sense of dependency. In a Hegelian dialectic logic, that means that one can only define oneself based on what the other is not. It is, as Sartre argues, a form of subjugation, one that is permanent. Even when the other stops gazing directly at you, you carry the weight of their gaze, you are fixed under the other’s definition. Take Foucault’s famous Panopticon as an example, the gaze is used in order to control all the prisoners from a central point of view, creating a sense of paranoia among prisoners, making them feel as though they are always being watched, even when they are not. 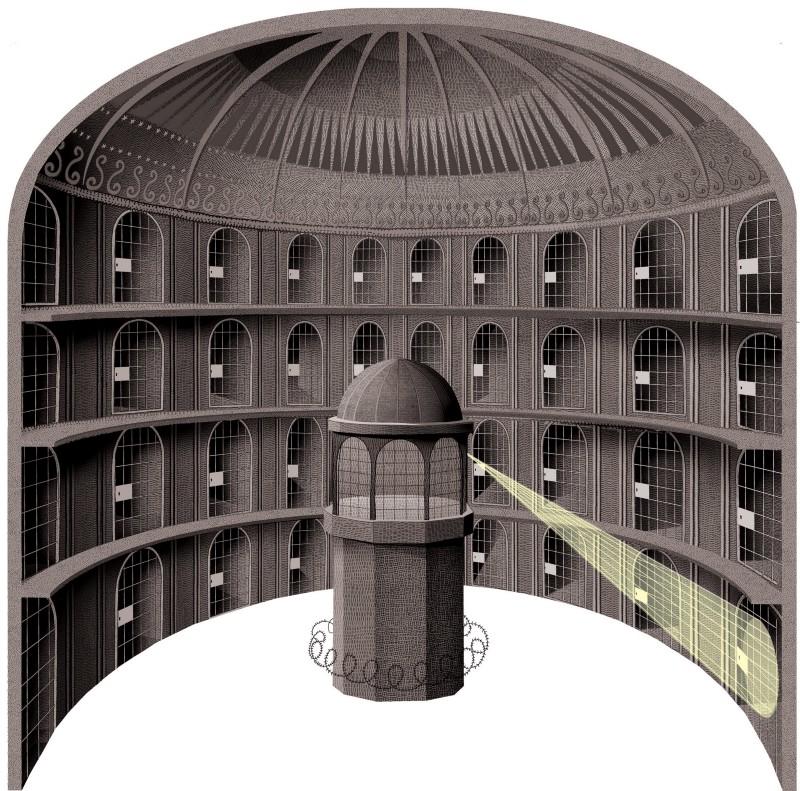 Héloïse and Marianne do not fit into any of the definitions of the gaze I outlined above. They are not creating any “gaze”, rather, they are truly seeing each other. This is why I keep using the “female gaze” under quotation marks. Using the term without them would mean that female directors are crafting a dominant way of looking and ignoring other perspectives. Arguably, this is partially true. The mainstream female gaze ignores that the most predominant gaze in cinema is not only male but also white and occidental. Thus, it does not address many of these other pressing narratives, and even worse, it presupposes a universal female experience and reinforces the binary. However, lots of female directors are not to trying to impose a dominant form, but rather they are simply using a “female gaze” in order to counteract the male gaze, and they are perfectly right in doing so. It’s just that they shouldn’t be using the term gaze to describe their techniques.

Maybe I am getting lost in semantics. I am going to stop fighting about the connotations of the gaze for a minute. Let’s say that by female gaze we mean “female liberation of the male gaze”. That would make sense in cinema, but in real life? Not a chance. The male gaze is ever-present. Glory Box is always playing as a soundtrack. For the “female gaze” to exist in real life, it would not be enough for movies to stop using the male gaze so consistently. For the “female gaze” to exist, the cosmetic industry would have to go down. The porn industry would have to go down. Coming back to Hegel, the way we, women, are constructed, under men’s terms, would have to go down. In other words, for the “female gaze” to exist, the patriarchy would have to disappear. So, I really don’t know what people were talking about when they were creating lists of celebrities “written by women”. Because we live under the patriarchy, we are all written by men. Nevertheless, until we achieve liberation, we can definitely try to be “edited” and to take inspiration in every subversion of the gaze we see out there.