When I was a kid, my parents and I would go visit my grandparents every weekend. It was a fun ordeal that I would always look forward to, but the drive back home late at night was something I dreaded without knowing why. Sitting in the backseat, looking out onto the endless traffic on the highway that seemed to stretch to the ends of the earth, lit by the melancholy yellow of the roadway lights . . . It was unexpectedly eerie even though I was shielded  from the scene, safely tucked away inside the car. For the duration of the drive, I would feel uneasy, anxious and spooked, but not to an alarming degree. It was more of an unsettling presence at the back of my mind. It wasn’t until recently that I found out that this was a common phenomenon, referred to as “ liminality”.

The word liminality comes from the Latin limen, which means “threshold”. In anthropology, liminality is a concept developed in the early 20th century by Arnold van Gennep and later by Victor Turner to  explain the sense of ambiguity and disorientation that comes from being in the middle stage of a rite of passage, where you are no longer your pre-ritual self but not yet your complete self who has undergone some sort of a metamorphosis. A liminal experience can be felt on an individual, group or societal basis: examples include divorce proceedings, graduation ceremonies, and revolutionary periods, respectively.

That said, liminality is not limited to certain rites or rituals; there can also be physical manifestations of it. Indeed, a liminal space can be temporal, like the time between what was and the “next”, or spatial, wherein a certain physical location induces the same feelings of ambiguity and unsettledness. Places like empty parking garages or art galleries, airport terminals, and hotel hallways can make you feel disoriented and out-of-place. Ever been to a gas station at night and felt that things were a bit off? Reality feels altered because you’re in a transition place that is not an entity on its own. All of these locations I mentioned have one purpose: to get us from one place to another. We’re not supposed to stay there for an extended period of time, which is why we feel unnerved and unsettled by them. Our brains rely on context, and these places lack it. This is why I was so spooked by the ride home from my grandparents’ house; I was in a place of transition and felt disoriented, exposed and vulnerable.

There is another explanation for liminal spaces in Irish mythology, called “thin places”. Celtics believed that heaven and earth were only three feet apart, and this distance is even smaller in thin places where time and reality are off-kilter. 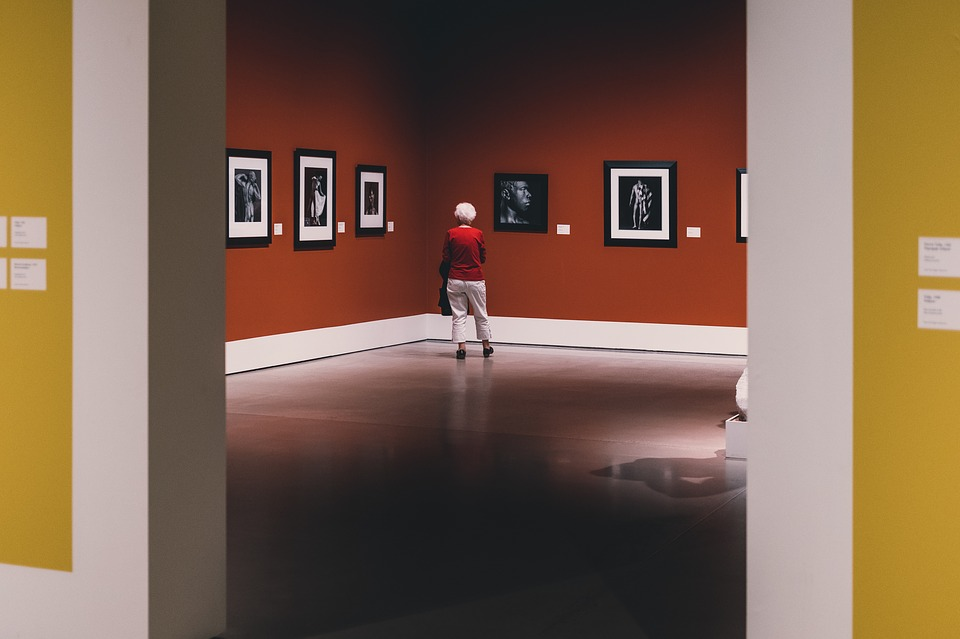 Liminality can be a cultural phenomenon as well. In literature and art we observe the sublime and the uncanny, which are feelings we derive from liminal spaces such as Caspar David Friedrich’s painting of the Wanderer (seen on the right). Bildungsromans, such as Joyce’s A Portrait of the Artist as a Young Man, are literary representations of the transition from childhood to adulthood. In literary theory, liminality manifests itself in the form of poststructuralist deconstruction, which aims to reveal the paradoxical base of a text and shows us that language fails us: if meaning and truth are inherently unattainable, the text, and through it us as readers, are stuck in a liminal loop, chasing what cannot be caught. In terms of narratology, liminal spaces are the “middle” parts of stories between the beginning and the end, where the protagonist and the plot are still in the process of undergoing development. Liminality is the period between Pip’s first visit to Satis House and his discovery that Magwitch has been the supplier of his great expectations all along; liminality is the walk from Raskolnikov’s room to Alena Ivanovna’s apartment, when he is in transition from innocent to murderer. In the Studio Ghibli film Spirited Away, Chihiro’s entire time in the spirit world is a liminal experience, as she emerges from Yubaba’s bathhouse a different, more confident person, no longer afraid to move to a new town and start a new school. 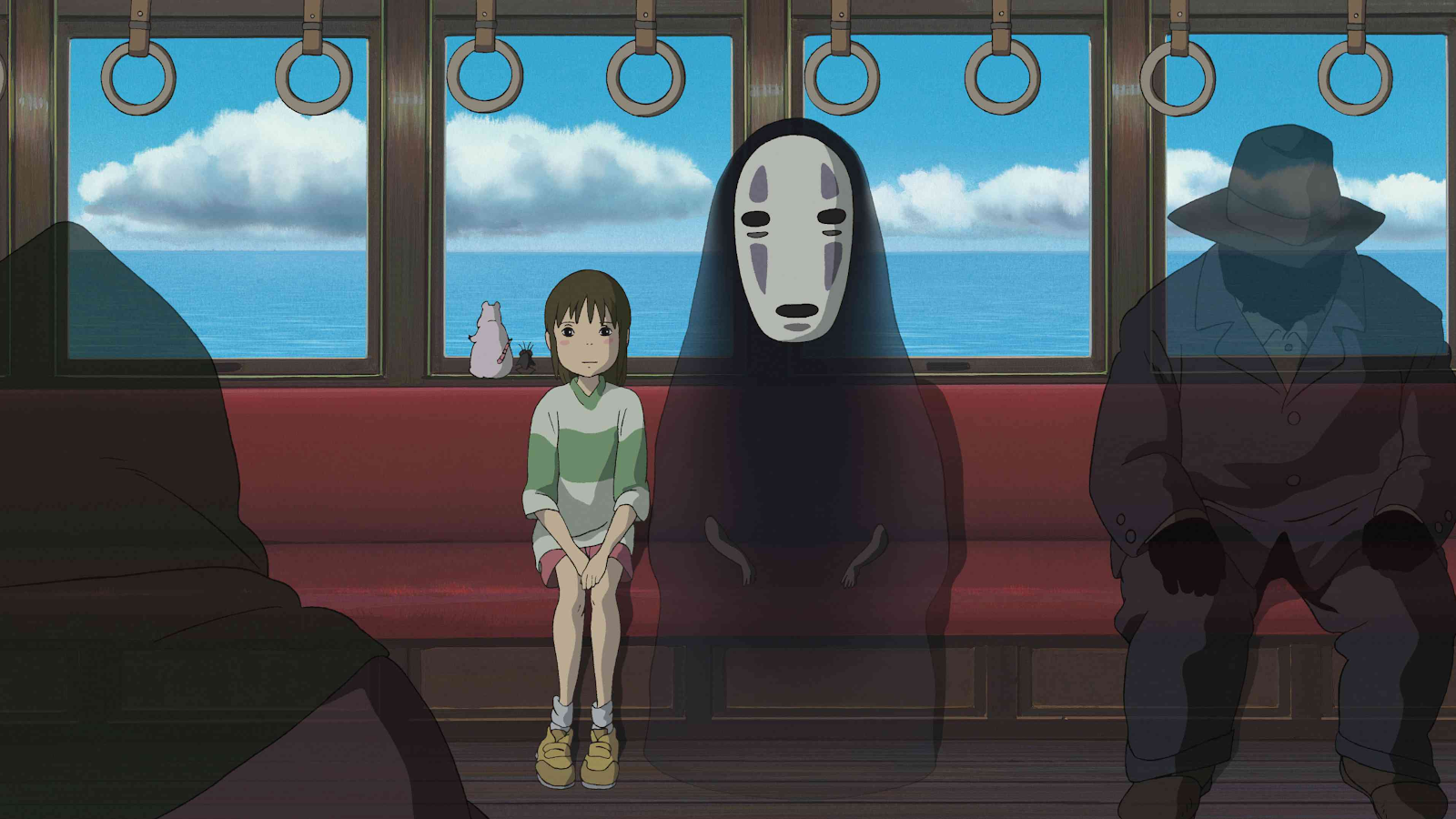 In his 1974 paper “Liminal to Liminoid, in Play, Flow and Ritual: An Essay in Comparative Symbology”, Victor Turner distinguishes between liminal and what he calls “liminoid” experiences. He argues that while liminal experiences are a part of social rituals and rites and result in some type of a metamorphosis, liminoid experiences are removed from society altogether. Liminoid experiences are more common than liminal ones in postindustrial societies, because certain rites (marriage, for instance) are now optional. The liminoid is all about choice and entertainment while the liminal is more demanding and serious, which is why the liminoid is heightened in hedonistic spaces. Imagine you’re on a night out (I know, hard to picture now with everything else going on): you’re at a club, surrounded by friends and strangers alike, bouncing along to the rhythm of the loudspeakers. You can feel the thrumming bass of the music in your feet and your chest, and the shots you took earlier at the bar are kicking in at just the right moment and the DJ just started playing your favorite song and your best friend is screaming along to the lyrics and everything is absolutely perfect! . . You stop your movements for a second and look around, overcome by this strange feeling, like time has slowed and sped up at the same time: that’s a liminoid experience. Nightclubs and the like serve as a form of escapism from societal structures and norms, where you’re allowed to lose yourself a bit. Where you are both in and out of reality, suspended in a certain time and place, just being.

Liminoid experiences can be freeing, but there’s also a flipside. Like I said, the liminoid is more common in postindustrial places such as big cities, and with living in a huge metropolis comes this sense of urban melancholy. Places like New York, London and even Amsterdam can induce a sense of non-belonging, because they are full of non-places. A term coined by French anthropologist Marc Augé, a non-place does not hold enough significance to qualify as a place. Supermarkets, highways, and airports are, like liminal spaces, places of transition and non-being. You are merely a visitor passing through a non-place, anonymous and alone. Living in a big city we are constantly surrounded by people and yet we are frequently lonely, because while there are more people around than your usual small town, the opportunities to reach out to others are significantly less. Everything about a big city, from its formidable high rises to its constant hustle and bustle is intimidating. It can even be suffocating at times, which is why we need liminoid experiences to overcome this melancholy—how ironic that losing yourself is a prerequisite to being yourself.

With rapid technological developments, the liminal and liminoid are ever-expanding. The use of VR devices, for instance, blur the line between reality and fantasy to a degree that we haven’t known before. In this highly technological and capitalistic society that we live in, we’re bound to have experiences where we feel out-of-place and in limbo. What’s important is to enjoy these moments or stages in our lives as much as we can, because we will always find the way back to ourselves. In the words of the great poet Rainer Maria Rilke: “What matters is to live everything. Live the questions for now.” The rest will come eventually.

View all posts by edasaridogan