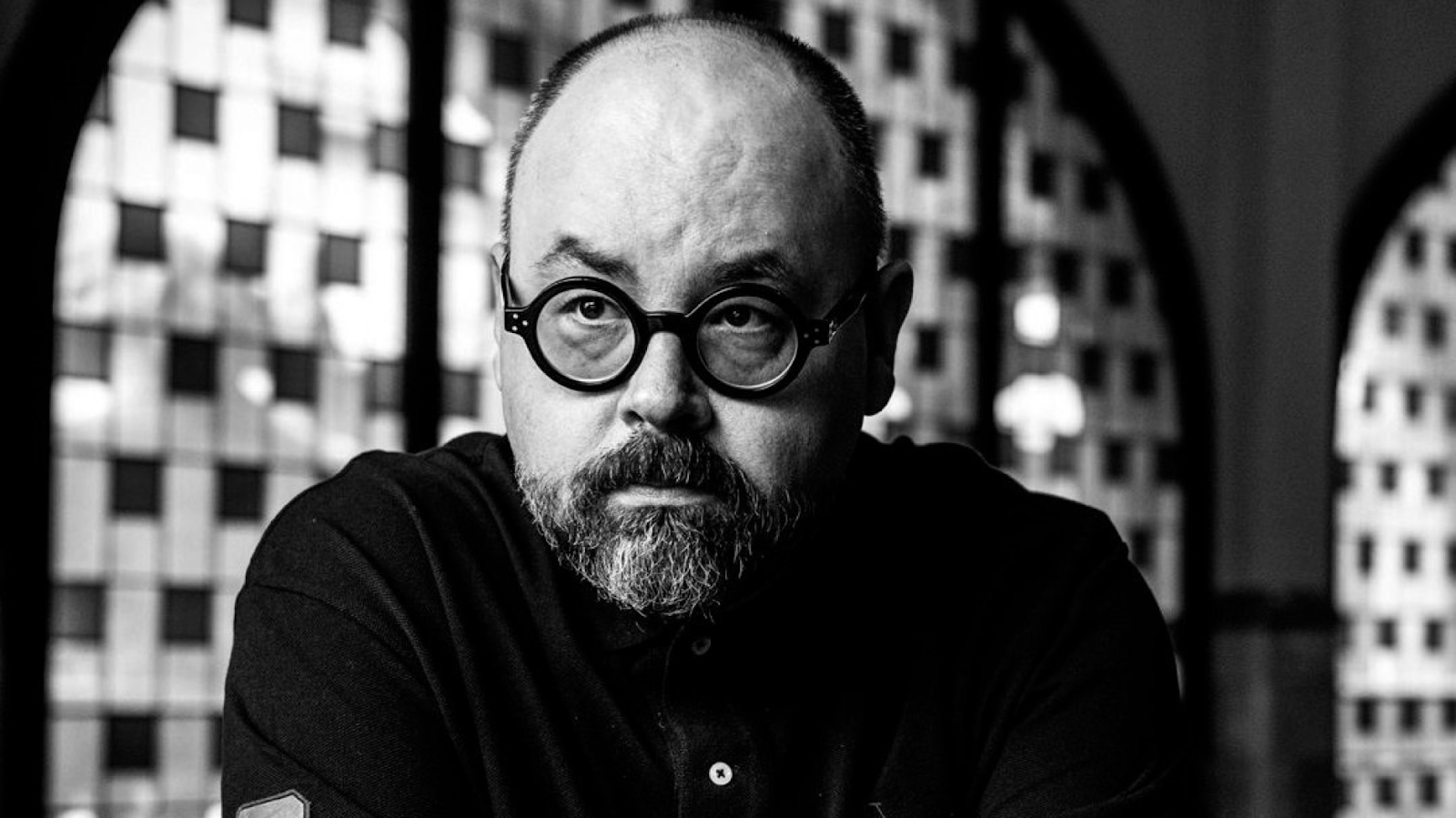 “I still remember the day my father took me to the Cemetery of Forgotten Books for the first time.”

This first line of Carlos Ruiz Zafón’s novel The Shadow of the Wind still echoes in my mind, haunting my dreams while also reminding me of my own humble beginnings; just as the protagonist’s, Daniel Sempere’s first steps seem to be linked to those of Julián Carax, the writer whose mysterious history he is trying to uncover, my life also seems to be interwoven with theirs.

I still remember the day my mother gave me Zafón’s book. Well, to be completely honest I don’t, but I definitely remember reading it for the first time; the words flowed on the pages like a summer spring rushing through polished pebbles that rested on the shadow of trees dancing dreamily in the wind. That very wind – besides taking me by complete surprise initially – also took me on a journey that led me here, right now, typing this sentence on a tired-looking laptop at half past midnight. If not for Zafón’s literary shadow then I seriously doubt that I would have pursued writing professionally. However, I would probably have a better sleep schedule if I didn’t. Oh well.

The plot of the novel starts in a simple and unassuming manner, yet it develops rapidly into a contemporary gothic thriller (however there’s more to it, to be discussed in detail later!). Comedic elements are also present, particularly through Fermín Romero de Torres, a quixotic character with a big mouth but an even bigger heart. Zafón’s eccentric creation is perfectly suited to employ social commentary and provide an insight into the uneasy atmosphere that existed in Francoist Spain, which forms the backdrop of the novel.

The premise is this: When Daniel, the son of a bookstore owner, enters the Cemetery of Forgotten Books – a vast, obscure and labyrinthine library situated in the heart of Barcelona – he is told that he is allowed to take one book with him when he leaves. Julián Carax, the shady author of the book he chooses (which is also called The Shadow of the Wind) appears to have had a tragic fate, but Daniel does not know the full picture yet; there seem to be whole chapters missing from Julián’s life. Daniel is immediately intrigued so he decides to undertake an investigation in order to find out more about the author’s past. In many ways, his very being is consumed by the book, and the more he discovers about Julián, the more he realises that his own life is following a similar trajectory. As did mine.

Like Daniel, I too “was raised among books, making invisible friends in pages that seemed cast from dust and whose smell I carry on my hands to this day” (however, after the first dozen hand gels used in the past year I would expect the smell to have worn off by now). Like Daniel, I also gifted my copy of The Shadow of the Wind on a whim to the first girl I fell in love with (in my defence, his copy was taken from a vast, secret library and it was the only one that still existed, whereas I could actually get mine from the bookshop around the corner). Like Daniel, I also suffered from writer’s block (still do sometimes!) and like him, I didn’t initially follow through on my dreams of one day joining the literary world.

Was it lack of belief? Was it me not understanding what I love and who I really am? Or was it an external factor? Could it be that the educational system pushed me in a different direction? Or was it the sudden and exponential rise of videogames and social media that came rushing through and reduced the appeal reading had in my life?

Well, whatever the reason, it doesn’t really matter now, as Zafón’s neo-gothic novel managed to restore it and invigorated my passion for literature, a passion that was buried beneath layers of denial and self-doubt. Now, following Daniel’s path once again, I have decided to investigate this great man behind the novel. Fortunately, most of the information I need exists digitally so I don’t have to go running around Barcelona like Daniel did when he was researching Julián Carax… In retrospect, going to Barcelona in order to find out more about Zafón does sound really appealing, yet I would be lying if I said I wouldn’t spend my days under the shade of an umbrella on Bogatell beach instead.

THE MAN BEHIND THE WIND-BLOWN CURTAIN

Carlos Ruiz Zafón always knew he was going to become a writer. This is perfectly encapsulated in what he claimed his advice towards aspiring authors would usually be:

I’d tell them that you should only become a writer if the possibility of not becoming one would kill you. Otherwise, you’d be better off doing something else. I became a writer, a teller of tales, because otherwise I would have died, or worse.

His first novel, titled The Prince of Mist, was published in 1993. It became a huge success in Spain at the time and due to the fact that it won the Edebé Literary Prize for Young Adult Fiction, Zafón was initially regarded as an author of teen novels. He wrote three more novels that fit into this category, but ultimately it all turned out to be a mere stepping stone on his path that led towards his greatest novel.

I think, in a way, I was a victim of my own success in the field of young adult fiction, because it was never my own natural register. I never intended to write that kind of fiction, but I became very successful at it. So, in a way, for me, it was almost a learning

experience, a learning curve that allowed me to experiment with many genres, with many techniques, until I felt that I was ready to write the book that I always wanted to write, which was The Shadow of the Wind.

When Zafón was asked how he constructed this particular novel he responded that he attempted to “take all the great ambition in all those nineteenth-century novels”, but instead of solely using that same old and perhaps outworn formula, he tried to “reconstruct all of that with all the narrative elements that the twentieth century has given us, from the grammar of cinema, from multimedia, from general fiction, from everything that is out there, to create a much more intense reading experience for the readers.” So yes, as I hinted earlier, it’s much more than your standard gothic. According to its author, it is a “novel of novels; … it’s a story that combines humour, it combines mystery, it combines a love story, it combines historical fiction – it combines many different genres…” Basically, hardcore science fiction fans would be the only ones disappointed here.

When a character in the novel is told that “books are boring”, he answers in a way which I believe captures Zafón’s spirit perfectly; he counters the statement with “books are mirrors; you only see in them what you already have inside you.” First degree burns right there. After all, Zafón himself said that “this is a book for people who love to read” and I now know that it also applies to people who may have forgotten they do, as (surprise surprise) I was one of them. Perhaps you, dear reader, are one of those people too… So maybe, just maybe, in this ever-changing, fast-paced world that we are living in, we need to give literature another chance.

During a live interview in Melbourne, the ‘teller of tales” gave some of his thoughts on life and on the future of books, bookstores and literature in general.

What I think is [that] many of the bookstores that exist today will cease to exist [and] others, different bookstores will appear. And things will change, as they have, always. We always tend to think about our life’s times or our memory as the standard, as the [beginning and] end of history, that this is it, [that] it doesn’t get any better or any different. It does. We are just passing through … We’re going to see changes. Will books survive? Will bookstores survive? Will the written world survive? Well that’s up to us. Will our minds survive? Will we remain thinking beings or not? I don’t know, I hope so, and I hope that in some way or another, in some shape, the concept of beauty, of knowledge survives … Hopefully there will be people that are still interested in thinking, that have intellectual curiosity, that have an appreciation for words, for language, for imagination. And I’m sure there will be. So somehow, I think they will survive.

Carlos Ruiz Zafón was diagnosed with colon cancer in 2018. He died on 19th June 2020 in Los Angeles, at the age of 55. During his lifetime, Zafón published eight novels and two short stories.

After hearing the terrible news, I was utterly devastated. I was rather mystified as well, as I had been casually researching quotes from his novels on Goodreads that very morning. If you really need to know, I was trying to decide on a new Instagram quote for my bio. The one I finally picked out still gives me the chills sometimes… And after all that, to learn of his passing… Was it just mere coincidence? Or could it be that, on that awful day, I somehow felt that he was already gone? Perhaps it was his own, eerie way of saying farewell; my Instagram bio quote did read “coincidences are the scars of fate” after all.

Zafón once wrote that “we exist as long as somebody remembers us.”

I wholeheartedly agree. But dear Carlos, know this too; even if some day in the distant future everyone forgets about you, even if your novels disappear from the face of the earth, your legacy will remain. And that is because there will always be at least one dusty tome of The Shadow of the Wind hidden deep inside my soul, in my personal library of un-forgotten books.

Zafón, Carlos R. The Shadow of the Wind. Translated by Lucia Graves, Weidenfeld