Up until when I was about fifteen, I was instinctively against listening to and liking much of Dutch music. Thankfully, I soon realized this is a weirdly elitist attitude to have, and I can happily say I outgrew it. Dutch can be a beautiful and rich language with a wide range of character-types and with a unique sense of imagery, and there’s a lot of Dutch-language artists who exemplify this. Today, I ask you to join me very shortly in the first outing of this small series, as we listen to two of them. 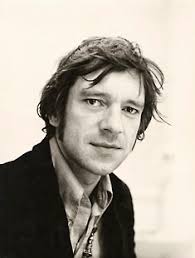 One of the first Dutch chansonniers, Ramses Shaffy was to the Netherlands what Jacques Brel was to the French – and accordingly, Shaffy did often cover Brel’s songs. Shaffy’s varied oeuvre was largely informed by his equally varied past.

Shaffy was born in Paris in 1933 to an Egyptian consul and a Polish duchess, then later orphaned at age seven, then raised in Utrecht by a foster family. In his adolescence, Shaffy moved to Amsterdam, where he would go on to study theatre, and where he would later start his own cabaret of sorts, Shaffy Cantate. Despite his international artistic succes, Shaffy remained haunted by the loss of his parents, and by his enduring feeling that no country was truly his home.

In time, Shaffy came to see Amsterdam as his new home, embracing it as fully as he felt it embraced him. “Mama Mokum”, as he dubs the city in his song, is always there for him. In interviews and documentaries, older citizens of Amsterdam frequently tell stories that if you sang near his home, he would lean out the window and croon along. Coincidentally, on a boring day I once sang “Laat me” to myself at a slightly louder-than-private volume to give myself something to do – and three people near me on the street promptly joined in, resulting in us doing a short, half-minute impromptu concert in the Rijnstraat. That stuff like this can happen in Amsterdam, and the songs you can hear above, go to show that Shaffy’s playful attitude toward language and life remains a large, warm part of the collective Dutch consciousness to this day. 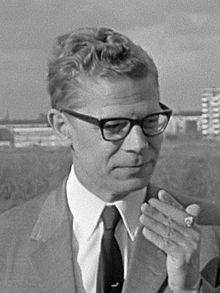 With his brow and lip ever-so-slightly contorted into a bemused twang, pictures of Heinz Poller give the impression he is trying to hold in a great joke without letting his amusement show. Though Poller was originally from Switzerland, he at some point discovered and fell in love with the Dutch language, once describing it as a “luisterrijk en onafzienbaar feestterrein”.

In his songs, he light-footedly plays on that feestterrein, drawing out words long and flat in his dryly nasal Swiss accent, coyly making them into lyrics that twist the mind almost as much as they do the tongue.