What a time to be alive. Not all of you might be fully aware of it 24/7, but I’d like to give you a reminder that, truly, we are living in an age of cinematographic marvel. That being said, I am certainly not referring to your local Pathé or Vue establishments. The current trends of Young Adult book-to-film conversions, brand reboots and superhero flicks could hardly satisfy a person like yourself; our beloved reader for whom an acquired taste is an undisputed must. After all, who needs formulaic blockbusters in which the protagonist’s blank-slate typecasted actor is locked in a cockfight with the director who wants to show off his goods with gimmicky thirty-minute trackshots and lens flares?

Not you, that’s for certain! The mainstream is too crowded with people you’d never want to be associated with, and the indie scene is filled with purist snobs who take things way too seriously. Quite the dilemma! It’s like choosing between grabbing a demoralizing, shameful bite at McDonald’s or having a fermented bark superfood potpourri (with sprinkles made from Ulysses or Infinite Jest snippets) at your local vegan joint. Both are insufferable, but you need culture! Food for thought! And you’re probably starving at this point.

I’ll let you in on a substantial alternative, for which I’ll try and extend this food metaphor to help illustrate what we’re up against: around the back of your McDonald’s or Bagels & Beans, you’ll find some really nice bins. Indeed, they’re filled to the brim with garbage, hardly safe for consumption. But if you’re willing to take a good, deep plunge into that vile-smelling territory and dig around thoroughly enough, you’ll find the gems. Not the regular garbage, no. What I’m talking about is the true Garbàge. It is a specialty of a rare cuisine, both inedible and mouthwatering, atrocious yet infatuating. This is more or less the best description I can give for films more commonly known as disasterpieces, movies with such a high volume of train wreck that they can only be described as masterful, or as Bob Ross would put it: happy little accidents.

I’ve been an enthusiastic and proud movie equivalent for a dumpster diver for most of my life, and know my way around a nice plate of Garbàge. For those new to the art: don’t worry. You won’t have to delve through the regular garbage as I did. Instead, I’ve made a short list with the critically acclaimed worst of the worst. The list consists of three directors whose entire oeuvres will leave you with a taste for less. Remember: less is better in this territory. Think of it as the bizarro realm of movie criticism.

I’ve chosen to refrain from certain movie studios who knowingly cash in on the so-bad-that-it’s-good trend, so no Sharknadoes on this list! A defining trait for the disasterpiece is the integrity of a director who is completely unaware of the genuine awfulness they are producing. I think the correct term for this type of charm would be “earnest”. And here are three of the earnestest of them all:

For as far as documented disasterpieces go, this guy is the real OG. He made a hilarious string of bad horror/sci-fi movies in the 50s and 60s. And with bad, I mean 50s bad, not ’16 bad. Horror and sci-fi are arguably the worst aging genres in the industry, most notably because people aren’t stupid and know that there’s a man in a monkey suit trashing a cardboard cutout of NYC and not King Kong laying waste to an actual city. Take any pre-70s film from the genre, and it will probably look laughable at best from our CGI-pampered lives today. But Wood’s movies were laughed at in the 50s, when people were just starting to figure out that “Hey, that wacky television box in our living room is actually pretty rad!”.

In short, the standards back then weren’t too high, but Wood’s efforts managed to sadden a weary, post-war audience and push them away from the cinema-medium altogether. All this, while Ed Wood was thoroughly convinced that he was creating Citizen Kane upon Citizen Kane. Instead, his Plan 9 From Outer Space coined the term Z movie among critics. Often labeled the worst film ever made, this movie alone earns a firm spot in this list. And that’s just one of his many.

A keen horror-enthusiast might spot the name Béla Lugosi, the original Dracula, on the bill. His career took a deep dive after dwindling popularity of the genre, and was reported ending up as close friends with Wood (so basically the bottom of the Hollywood well). But the fact is that Lugosi never actually starred in Plan 9 From Outer Space, which probably has to do with his death three years prior to the movie’s shooting. Wood had some leftover silent footage from previous failed projects starring Lugosi, which he put in this movie instead. But how do you plan a movie around the main antagonist when the actor is long dead? The answer: you make a different actor put on Lugosi’s costume, but make him cover his face with a cape for the rest of the film, Dracula-style.

A fun watch in addition to his entire oeuvre is the Tim Burton’s 1994 academy–award winning movie Ed Wood, starring the one and only Johnny Depp. The biopic shows all the highs and many lows of the most intriguing director to ever walk this planet; a background that might explain a lot about his films.

Enjoy the original trailer in a spectacular color restoration! 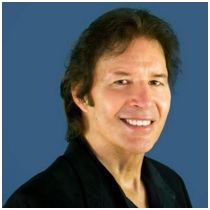 The most recent filmmaker on this list is no one else than Neil Francis Breen. He has been the writer, director, editor and lead actor in all four movies he has put out to date. He has also worked as a real-estate agent before he put himself behind/in front of the lens. Truly a man of many gifts.

Like most indie-filmmakers, Breen takes great pride in his low-budget filming. Nothing out of the ordinary there. What makes Breen stand out, however, is that he claims to make full feature-length blockbusters that rival today’s Hollywood productions. In this regard, he is by far the lowest budget blockbuster filmmaker I have seen to date. He shamelessly re-uses his props, actors, locations in every single film. Arguably the best shots in his films are the stock footage, which takes up an estimated 30% of screen time. Special effects are almost always laser pointers, MS Paint-like or basic film editing tricks. They never fail to impress in the worst way possible.

But what matters isn’t presentation, it’s plot! And boy, what a plot this guy has. Plot, as in singular, yes. Up to this point every film has been the tale of a rebellious individual rising up against the big, evil, corporate masses. What makes it more interesting is that this individual is usually some sort of turbo Jesus from outer space who has reached the peaks of human moral high grounds.

His rise to cult-status started when his first film, Double Down (2005), hit Netflix. He has been a regular to several film festivals ever since, a small, devoted group of Garbàge connoisseurs following him wherever he goes.

Luckily for you, his newest movie, Pass Thru, was released this year. Observe the trailer thoroughly, for this man is well on his way to becoming a filmmaking legend.

I have to admit that I am fairly reluctant to talk about this guy. What hasn’t already been said about this walking, talking phenomenon? New facts about him are uncovered every once in a while, but his persona is largely shrouded in mystery. His age, country of origin, accent and hairdresser are all undetermined, though I presume he fabricated most of these things himself.

What we can say for certain is that he is another man of many trades: director, producer, screenwriter, actor and fashion designer. His first feature-length film was the 2003 cult-classic The Room, based upon an unpublished 540-page novel he wrote. Through undetermined ways, he managed to scrape together a good $6 million worth of budget. A popular theory that supposedly made its round among those involved with the project was that the film was one big money-laundering scheme.

Whatever the twisted cause for this film was, it became a smash hit. A romantic, dramatic indie film about a love triangle, largely taking place in—you guessed it—a room. This film is filled to the brim with continuity errors and completely unrelated subplots which are as absurd as they are abrupt.

A popular example of this pops up at the start of the movie where the character Claudette talks to her daughter, Lisa, casually telling her “I got the results from the test back. I definitely have breast cancer.” Delivered with a shrug. This goes ignored for the rest of the film. The movie is a treasure of off-handedly delivered one-liners and unintentionally humoristic characters.

Next to checking out The Room by yourself (or preferably with some drunk friends), another thing to look out for is the award-winning book The Disaster Artist by Greg Sestero, one of the lead actors in The Room. A large part of the book focuses on the elusive Wiseau, and the chaotic development and production of their cult film. The book is currently being worked into movie, produced by Seth Rogen and directed by James Franco.

If that wasn’t enough to make you (re)watch The Room, here’s a trailer. Pay attention to the fact that Wiseau redubbed his movie from a romantic drama to a “quirky, new black comedy” post-release. What a guy.

And with that, this list comes to an end. Surely, there is way more Garbàge out there, but part of the fun is digging around the bins by yourself. This list has been fairly accessible to all audiences who appreciate a good piece of trash, but be aware that once you go in, the dumpster goes deep.