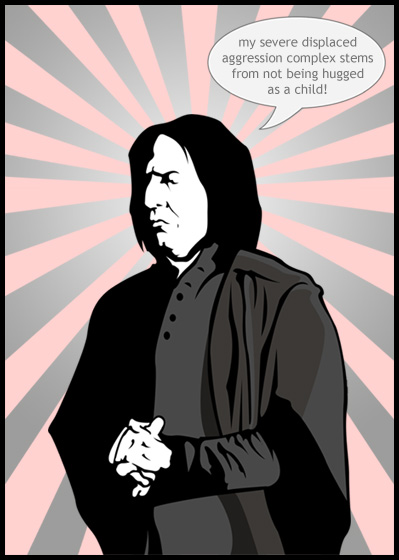 I have often considered it unfair that the bigwigs of the music scene can split themselves into two by virtue of a stage persona and still be taken seriously. On more than one occasion I have put on my extra-large hoop earrings and demanded that my peers call me Pheyoncé, and on more than one occasion I have been derided as a fool. But, as a wise man probably somewhere once said, how can one release that which was never a prisoner in the first place? The expectation of the modern world is not that one emulates one’s best self through moments of transformative performativity, but that one is like that all the time. The days in which I don my biggest hoops and pretend to read my biggest books in public are increasingly becoming the norm. Frankly, it’s exhausting, which is why nowadays my alter ego is not an inner diva but an inner angster, designed to allow me to indulge in my weekly weeping sessions without disrupting my carefully cultivated image of laidback cheer. It’s important to give these feelings a planned outlet, otherwise they will viciously bubble up without warning causing one to say inappropriate things like “death is the horizon through which we organize our lives” or “you’re an inauthentic phony and I disown you as my grandmother!” Because I am a complex and nuanced person, I have not one but several angster egos, which I switch between depending on the situation. Because, despite being complex and nuanced, I sometimes suffer from an imagination shortage, all these have been plagiarized from the books that I pretend to read. And because what I lack in imagination I make up for with unbridled generosity, I hereby share these personas and give you permission to use them in the manner that you best see fit.

My parents, rather confusingly, baptized me as a catholic and then proceeded to raise me as an atheist. Whilst this fixes me up with a spot in heaven as long as I repent on my deathbed, it also means that I cannot absolve my bucketloads of catholic guilt through the fun sounding practice of confession. And so instead I occasionally indulge in a little bit of hysteric praying, just as Franny does in J.D. Salinger’s Franny and Zooey. Obviously Holden Caulfield is the Number One angster in the world and I deeply respect that, but as I am no longer a teenage boy (technically, I never was), I must seek refuge in other characters from Salinger’s oeuvre. Of course I recommend you read this charming novella, but if you really don’t have the time then all you need to know in order to channel Franny is that she’s “sick of not having the courage to be an absolute nobody” and believes that if she says the Jesus prayer enough times she’ll banish the phoniness that plagues her existence.

The Short Happy Life of Francis Macomber by Ernest Hemingway is about the short (but not always happy) life of Francis Macomber. Francis enters a period of angst after he runs away from a lion during a safari hunting trip. Although I do not condone hunting, I think we all have experienced a time in our lives in which we fail to shoot that metaphorical gun and then must endure the metaphorical hammock of humiliation as our metaphorical wives deem us a coward and sleep with the metaphorical hunting ranger. Ernie doesn’t only give us an appropriate characterization of this predicament; he also offers us a way of overcoming it: stare death in the face and have a straight whiskey.

Angst isn’t really about lions. It’s about the Being of lions, and when we come to realise this and acknowledge our absolute freedom or absolute servitude (depending on what side of the continental table you eat your breakfast), it can be a huge relief. The most popular literary existential angster is probably Meursault from Camus’ The Stranger, but I have no time for men who don’t cry at their mother’s funerals. So instead I suggest that we give our existentialism a feminist hat and channel Anne Dubreuilh from The Mandarins by Simone de Beauvoir. Whilst de Beauvoir’s fiction is pretty mediocre compared to her philosophical writings, The Mandarins provides plenty of entertainment as all the characters are based on her real life angster companions (Sartre, Camus, Algren, etc.) and so by embodying Anne you are basically embodying de Beauvoir. For this type of angst you must be French- so if you don’t already own a beret, go out and buy one right now. It is also necessary to have more than one lover and a penchant for smoking whilst angsting.

It is a shame, really, that it is no longer appropriate to angst full time, and that instead one must resort to play acting in order to lead the life of a sensitive soul. Even the book characters of the modern day don’t mope; instead they zoom across the page as if they’re trying to hurry up time. One day I hope that the tables will turn yet again, making angst the default and high-functionality a somewhat sordid aspect of one’s personality, only to be whipped out in life or death situations. Until then, I shall keep my cigarettes and tissues hidden from view, and arm myself with an artificial smile.