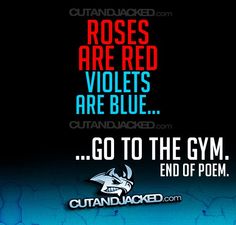 Read on to the end for an additional exercise!

I’ve stopped going to the gym. I write poetry now (or attempt to). It’s so much better. You know why? Poet Jane Hirshfield once suggested that one reason to write a poem is “to flush from the deep thickets of the self some thought, feeling, comprehension, question, music, you didn’t know was in you, or in the world.” One could say this is like going to gym. Because it entails self-discipline, determination. But what exercise lacks, is creativity. It is really only training the self to be better, but in a highly mechanical way. Sure, it causes endorphins to rise and thus our levels of happiness to grow. But so what. There’s no innovation. No feeling, except exhaustion. She says of other forms of writing—scientific papers, political analysis, most journalism— thay they attempt to capture and comprehend something known. This is the same for exercise. Poetry then, is a release of something previously unknown. You write to invite that, to make of yourself a gathering of the unexpected and, with luck, of the unexpectable. I try to write as much as possible, because it makes me feel alive; productive; worthy of living. However, I must note, that I do still exercise. Those endorphins must keep on flowing. But I run outside. In nature if possible, because nature is different, the opposite of a gym.

A marvellous author, Roberson Davies, once wrote that: “The recognition of oneself as a part of nature, and reliance on natural things, is disappearing for hundreds of millions of people who do not know that anything is being lost. I am not digging into such things because I think the old ways are necessarily better than the new ways, but I think there may be some of the old ways that we would be wise to look into before all knowledge of them disappears from the earth—the knowledge and the kind of thinking that lay behind it.” This rings so true to me. It seems so much is disappearing in this day and age of the Internet. People don’t run in the woods. They have a little TV screen in front of their hometrainer feigning the woods.

Wildness in nature is irrational in such a way that is comforting. Without it I think you’ll stray from your instinct and your ability to construe goodness from what’s around you. This is why the outside is important. And you can’t write poetry without influence of the oustide. At least I can’t. So at this, I will invite you to, as earlier suggested, make of yourself a gathering of the unexpected and, with luck, of the unexpectable:

Pick a piece of writing (from a short story, novel or poem) you love. Write down why you love it, and then for the next hour, write something inspired by it. It needn’t necessarily look like it, but it can. Enjoy, rejoice, and magnetize your mind. And afterwards, go for a run in the park. If you’d like to look at my creation, find below the links. The first is the original (Richard Siken’s Saying Your Names) and the second is my version (You). [1]

[1] All credit goes to Jane Lewty, who gave some of us priviliged students this exercise in her Creative Writing Class. Thank you!