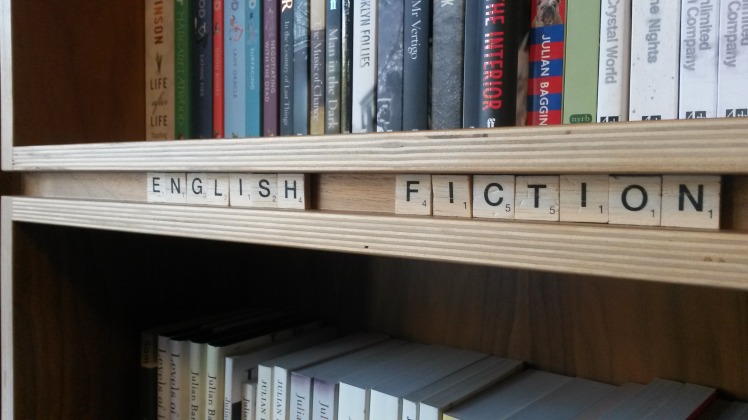 It is a truth universally acknowledged, that a book lover in possession of just as much as any fortune, must be in want of independent book stores. And even if a book lover has to eat at their parents’ for the rest of the month because their bank account has less than a euro in it, they’ll still walk in, “just to have a look”. Recognizable? Last month I visited Ghent, and went all over town to find the best independent bookstores.

Ghent is the perfect town for poor Dutch students who are just dying to leave the country for a bit. At only three hours by train away, there are few closer, worthwhile destinations in the same price range. And what a cute town it is. Picturesque 16th Century houses along the river Leie, cobblestoned roads leading to squares with cafés where they sell the beer Belgium is famous for, a non-dangerous amount of cyclists, and an exciting collection of bookstores. Some are not much different from Dutch bookstores, while others truly have their own format or that one special thing that makes them different from the regular stores.

Near the Ghent St-Pieters station, Koningin Elizabethlaan 142, you will find Limerick, a bookstore that doesn’t seem very original at first – they offer a range of French, Dutch and English books that you can find in most other bookstores – but in the back hides a pleasant surprise: the collection of typewriters that belonged to Dutch writer Willem Frederik Hermans. This writer did not just own, you know, two or three typewriters. In his possession were no less than 150 typewriters and, after his death, all were brought to Ghent. The fact that the typewriters of a famous Dutch writer can now only be found in a tiny bookstore in Belgium caused quite an uproar in the media (as well as in the Dutch parliament), but doesn’t this hidden secret make the typewriters more amazing?

Every Sunday between 9 and 13 you can find a Book Market on the street Anjulei, parallel to the Leie. While strolling along the river you will mostly find Dutch books, an English book here and there, as well as a lot of Belgian comic books. On the same street you will also find the English Bookshop. The smell of old books reaches your nostrils even before you enter the store, which is crammed with second-hand English books on all subjects, from fiction to war and from biographies of writers to sport. It’s quite a quest to find that one paper treasure, but you might even find that one obscure book.

Paard van Troje (Trojan Horse in English), is one of the bookshops that has noticed that it should do more than just offer books to actually sell books. Therefore, Paard van Troje is a bookstore slash coffeehouse where you can get some caffeine in your system while staring at the wide array of colourful books that are neatly sorted in wooden bookcases, in old-fashioned glass vitrines and on small or big coffee tables throughout the shop. They mostly offer Dutch books, but they also sell gorgeous editions of English books as well as cookbooks and books on Philosophy. The Children’s section is fairly big, and besides books Paard van Troje sells wine, bags with some of your favourite book-related quotes printed on them, and accessories you’re dying to have. You can find this bookshop at Kouter Square.

So if you visit Ghent, be careful, as you might feel the need to ‘marry’ one of these bookstores and your bags on your train trip home might be of different quality (that is, weight) than you originally would have assumed…

One thought on “Ghent and Where to Find Books”