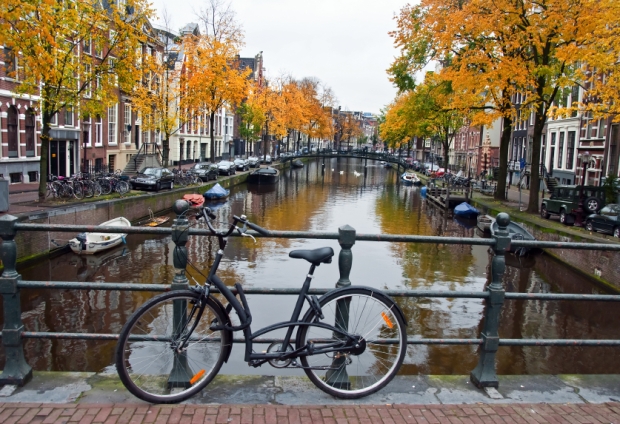 There are not many things I hate in this world. Although there may be quite some things I cannot stand, I try to be an emotional pacifist on a daily basis. Unfortunately, people do things that make me lose my inner Ghandi. That doesn’t mean I punch people, but sometimes I really, really want to. Days where you don’t encounter discrimination of any kind, people wearing jogging pants for non-sport occasions and objectification in the media, are pretty doable. Too bad you have to lock yourself up in a barn on the countryside to experience days like that. So, I try to take some deep breaths whenever I encounter that which I despise most: tourists participating in traffic.

I do understand that Amsterdam appears to be a sweet city with cute canals and adorable architecture, but what tourists, and sometimes just people in general, need to understand is that it is the New York of charming capitals. You will probably be hit by some kind of vehicle if you forget to look any other way other than than ahead. Not a day goes by without me almost crashing into an inattentive tourist.

That is why I decided that tourist guides should have a special section on How-to-Behave-in-Amsterdam-Traffic-if-You-Really-Decide-That-You-Have-To-Participate-in-Amsterdam-Traffic. Wouldn’t it make my life as an inhabitant of this phenomenal capital as well as the lives of tourists a bit easier?

Naturally, this guide would start with: “Don’t participate in Amsterdam traffic unless you really have to, you know, in order to see the city.” A new section then would start telling you that you cannot expect the Dutch to care about the fact that you saw life in a white hospital bed and that you did not see a bike until you were five while they are almost literally born on their bikes. Continuing: “The Dutch bikers probably won’t hit you if you keep in mind that the sidewalk is for you, and that is it. See that red lane with the white bike on it? Bike, not pedestrian. Very well, stay away from that. Furthermore, bikers don’t honk. Hear a ringing sound? You are probably not where you should be. Spend some more time exploring what is in your peripheral vision, as there might be bikes as well. Just a tip.” That is all you need to know.

“One more thing though. If you want to do the thing that the Amsterdam bikers do, which is biking: Don’t do it unless you can do it while you are intoxicated. Folks, try this at home. Can’t do it? Then don’t rent that bike in Amsterdam. If you do it, don’t lose speed, know where you’re going, and remember that there are no rules, except for you because you are a tourist.”

Until the day tourist guides will help tourists stay alive while in Amsterdam, I will keep practising my bell-ringing and tourist-dodging skills as well as my pacifism.